McLaren was appointed to carry out the conversion of this Grade II listed building, with the construction of three additional floors and new new domed glass roof.​​

The European headquarters of customer science company, Dunnhumby, is a Grade II listed building and former Ford motor company showroom / garage. McLaren was appointed to carry out the conversion of 184 Shepherd’s Bush Road and the construction of three additional floors and new domed glass roof.​​ 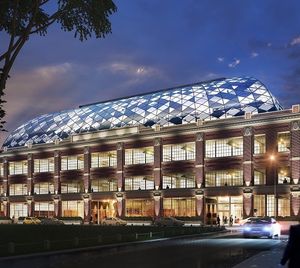 Fixmart were awarded the contract for the supply of all M&E Support Systems and Containment for the Electrical, Mechanical and HVAC contractors for this elegant and imaginative re-development.